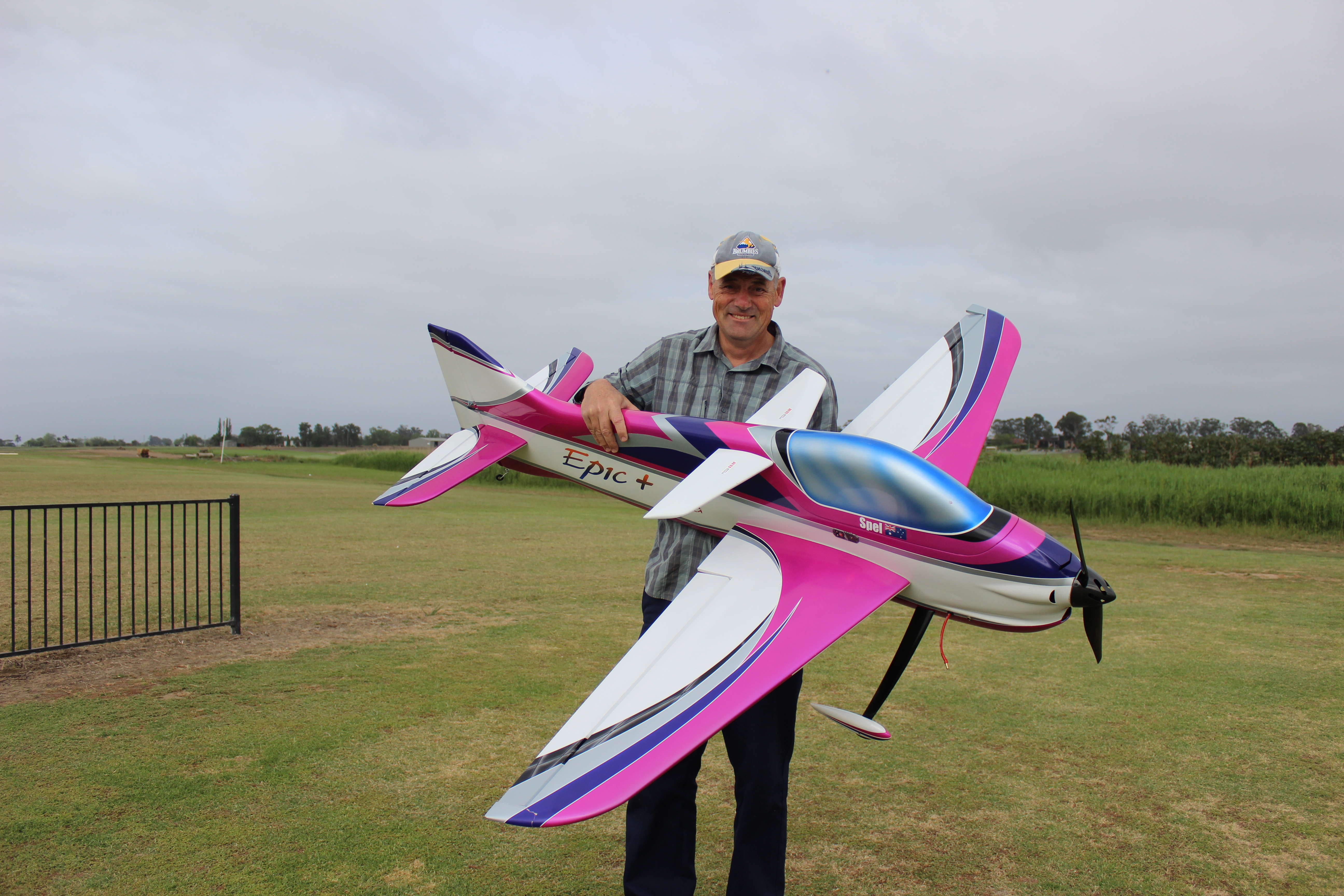 NSWPF finally celebrated their first weekend with 2 x one-day competitions, having had a few stuttering starts over the last while.

Saturday at Pitt Town dawned a bit gloomy, and with the spectre of showers and strong winds threatening. We had a good field of 14 flyers entered, with the return to competition of Phil Tallack and Shayne Lysaght after an extended absence. Unfortunately, we had not scared up any Sportsmen but for the first time in a while we had a contest of 3 Advanced pilots. Expert had 4 entries, and F3A fielded 7. To simplify the load on judging, F3A was split into 2 groups.

We were into the (socially distanced) air at 09h00, with Advanced flying in a soon-to-be rapidly increasing wind, blowing straight out. Just my favourite conditions—not! With the wind steadily increasing, we were followed by F3A (2) and Expert, with F3A(1 )finishing the first round. Thank goodness for the beautifully prepared field at CKSMFC, and the multiple runways, which allowed those like yours-truly the luxury of landing always into wind!

As the day went on, the wind continued to build to an uncomfortable level, but despite the challenging conditions, there was some outstanding flying in all classes.

With the event being self catered, there was no break for lunch, and 3 rounds were completed for all classes.

In Advanced, new guy Jamey showed his ability in the wind to shade out myself (by 2 normalised points I might add) with veteran  IC specialist Con Kyriakides in third. I think this will be the start of a fun period for Advanced.

Expert was won by Gavin Fitz-Henry, followed by Felix Nieuwenhuizen, with returnee Phil Tallack in 3rd.

F3A(2) was won by Shayne Lysaght, with his old apprentice, Kahl Eckersley in 2nd  and Jason Arnold in 3rd, while in F3A(1), Phil Spence took the honours, from Joe Costa, with Brian McGowan in third.

After a quick pack-away, and the announcement of the results, we settled down to have our delayed AGM. Once more, the club continues in good standing. The current committee were re-elected unopposed for another year, but with some change to roles, with Felix moving to the Vice President role, while I take over his committee position.

With Phil Spence around, it is needless to say that a pleasant evening was enjoyed by all who were able to attend.