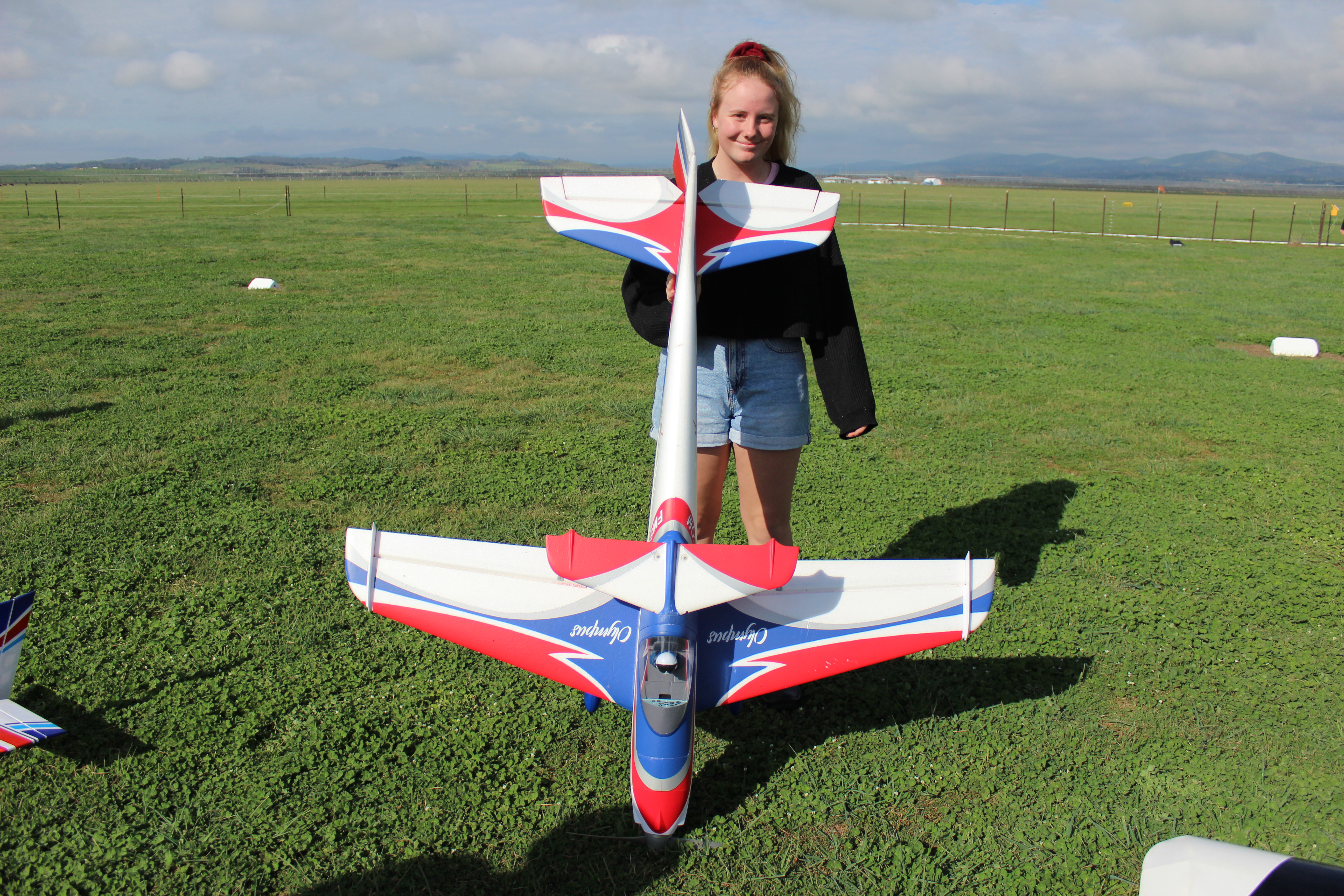 With the pandemic having caused havoc with our carefully planned event calendar, we approached QMAC for a second date, to make up for the dry spell earlier in 2020. Fortunately we were welcomed back, which had 14 entrants making the excursion down towards the Nation’s Capital.

Given the demographics of our cohort, and the ongoing risks of infection, our numbers were a bit light, but a motley group of 5 joined Phil for a couple of practice flights on Friday afternoon. The wind was challenging, but taken in conjunction with the weather report, was a trifle ominous, especially given Queanbeyan’s reputation for rain on competition day in 2020.

Once again, the Jonah factor seemed to be coming into play, with a model written off in practice during the preceding week, and yours truly again encountering some disobedience from the trusty Falcon, which decided to stick in neutral at the campground on Friday night, leaving me, (and more importantly the Notaumatics!) stranded. The local genie, Phil Spence continued to rub his lamp, seeing Jamey right with a model on the day, and providing me with a lift to the field on Saturday, and back to the Showground on Sunday.

To the competition: Saturday dawned looking good, with light wind, and clear skies, in spite of the weather report. We kicked off with our new crop of Sportspersons taking advantage of the good conditions. Phil had excelled himself again, with the grandfather/granddaughter combo of Merv and Bec Wright, and Andrew Bruce, joining us for their first competition.

By the time Advanced stepped up, the outward blowing wing had picked up, and the cloud cover moved in, making conditions, (and landings in the crosswind) more demanding. Both competitors were flying unfamiliar models, with newly promoted Jamey flying Phil’s Epic while this serial destroyer of models flew his first competition since Gunnedah in 2019, with the Arbalest purchased from Brian MacFarlane.

Expert continued with the usual suspects of Felix, Chris Tindal and Gavin. The wind and cloud had continued to increase, but with some good flying from all.

A small F3A field, missing a number of regulars stepped up next, bolstered by local doyen Phil, and our “Honorary Victorian”, Chris Henry. The challenging conditions continued, but some creditable flights were recorded.

We completed 3 rounds for all classes, and squeezed in a 4th round for our Sportspersons in anticipation of the weather forecast of worsening conditions for the Sunday.

As is usual, some of us got together for a “socially distanced” meal out in Queanbeyan that evening, and a very pleasant time was had by all. Many thanks to Kahl for providing taxi services.

Sunday dawned with set-in heavy rain. We congregated at the field in hopes of flying, but after a couple of hours of tall stories, we all accepted the inevitable, and dispatched Chris to calculate the final results.

Sportsman was won by Allan Lloyd, followed by Andrew Bruce and Merv Wright in their first competition. Rebecca recovered from a bad take-off, and some nerves to fill 4th place, including a creditable 185 in her second flight. Allan Lloyd earned his second promotion point, while Andrew Bruce also bagged one in his first outing.

Advanced was a close contest between the new kid on the block and the old fart, with some good flights from Jamey relegating me narrowly to 2nd spot. Bring it on next month.

The F3A class saw Kahl take 1st spot again, from Phil Spence and Chris Henry. Brian McGowan followed in 4th, while Tom put up a spirited performance on his return to take 5th in his first attempt at the new (to him) schedule. Once again the camaraderie in our community was apparent, with the Pegasus he was flying being loaned to him by Felix. Kahl achieved a retention point.

Looking forward to a bumper entry for the 2 x one-day contests at Richmond and Pitt Town in October.